I’m sad to discover this morning that the number of school exclusions in England has increased for the third year running.

With over 12,000 more children facing fixed-period exclusions in the 2015/16 academic year, we’re seeing the biggest increase in school exclusions since 2012. Tragically, the number of children aged 6 and under facing exclusion has risen once again. Behind the stats we know these figures represent even more young children in desperate need of support in their education

I don’t remember ever really wanting to go to school, but I’m glad I did.  Looking back it’s clear that education made such a difference to all aspects of me as a person.

At TLG we know that school isn’t just the subjects we learn but it’s also the friendships we make; it’s where we learn to get along with others; it’s how we build our confidence to push through and try new things.

So imagine what it must feel like for a child to be told, “you don’t belong here.” It’s like a stamp of ‘failure’ on your life at such a fundamental, formative time of your life.

Today’s figures show that there are still huge numbers of children being met with a barrier to accessing an education that meets their needs.

Despite the best efforts of some great teachers in our schools, the evidence today is that the system is failing with too many children slipping through the net.

For some, exclusion is a pathway to mental ill health, worklessness, debt, gang involvement and familiarity with the criminal justice system. Tragically, all of these potential outcomes can stem simply from a rejection by the school system.

We know the vital difference that not giving up on a child or young person can make. TLG’s network of over 80 teams of staff and volunteers across the UK have proven that the more a child is supported by a caring adult that believes in them, the more successful they will be.

I’d like to call on the government today to consider the hidden faces and voices behind these statistics and urgently evaluate the need for earlier intervention for children and young people.  I’m totally convinced that time, attention and support for each child at risk well before the crisis, is the way to avoid the pain and lost opportunity that exclusion represents. 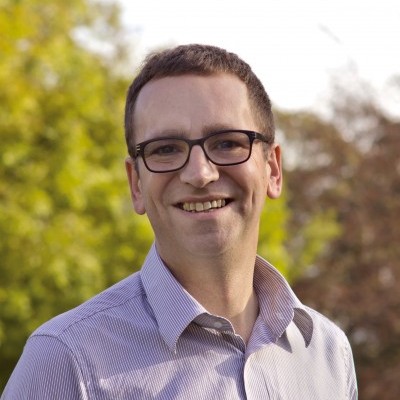 Tim Morfin is the founder and Chief Executive of TLG. Tim, together with a group of other volunteers from a local church, began TLG by helping young people struggling in school in Bradford. He now leads the organisation nationally, still committed to bringing hope and a future to children and their families. He is married to Rachel and has three teenage sons.

“It isn’t fair” - Rachael’s fundraising story as she prepares to walk 13 miles!