About us > Our story

You may never have heard of Great Horton in Bradford. But for us, it’s a really special place – it’s where we were born. In 1998, when one local church in the neighbourhood realised that there were young people out of school in the daytime they knew they needed to do something.

That’s when TLG’s first education centre began. A small school for excluded young people, enabling them to feel part of somewhere safe and achieve vital qualifications to have a future brimming with potential.

But Great Horton was just the tip of the iceberg. Knowing that thousands of school exclusions take place each year, we looked further afield for more local churches sharing a similar vision to support struggling young people. We now have 12 church-based education centres across England, bringing hope and a future to excluded young people.

In 2010, we knew we had to do more. There was one question we just couldn’t shake from our heads. Why wait for school exclusions to take place before we helped these children? We were convinced we needed to act sooner. That’s why we launched TLG Early Intervention, enabling local churches to support struggling children through weekly one to one support in a mainstream school environment. Since the programme started, we’ve seen over 30,000 hours worth of one to one support for struggling children and 97% of children who have been coached say they are more hopeful about their future.

But it’s not always obvious to spot a child that’s finding it hard to cope. For over one million children, the struggle of holiday hunger takes place behind closed doors. In 2018, we joined forces with the charity Make Lunch to help local churches bring hope to children who would otherwise go hungry in the school holidays when free school meals stop. Make Lunch is now fully part of the TLG family and helps to transform even more lives through churches that refuse to let any child face holiday hunger in the UK today.

So that’s us in a nutshell. But you’re probably dying to hear more. Join 1000s of others who have read ‘Out of the Ordinary: The TLG Story’ – a book about the vision that a generation of struggling children should know love and acceptance through the most powerful means possible – the local church. 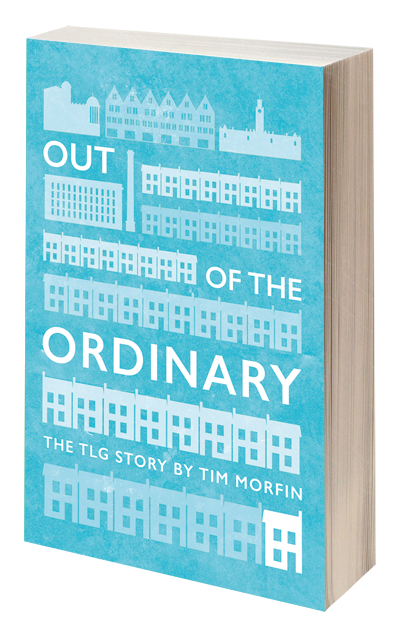 Read all about it!

Join our mailing list and be inspired by your free copy of 'Out of the Ordinary: The TLG Story' by TLG's founder, Tim Morfin.

"This is a book about a bunch of people who don't know how to take no for an answer and who believe, sometimes against the odds, that the love poured into the most vulnerable young lives, echoes into eternity." - Rachel Gardner, Founder of Romance Academy

"This beautiful little book is a must read for everybody who wants to learn about big visions worked out through lives poured into the least, the last and the lost." - Andy Hawthorne OBE, Founder and CEO of The Message Trust

Order your free copy of 'Out of the Ordinary: The TLG Story'