Lesley started at TLG in September on our National Development team. Beth, our Policy Lead, sat down with her to speak about what Black History Month means to her and who her homegrown hero is.

First of all, you are new to TLG. Please tell us a bit about yourself.

I started working at TLG in September as the Key Supporter Relationship Manager. My role is to continue building relationships with donors and TLG partners, enabling TLG to continue equipping churches to transform the lives of children and their families.

How did you come to TLG?

I first heard about TLG a few years ago when I was working for a Christian organisation and was inspired by the amazing work it does supporting young people. I then bumped into Deborah, my former teacher and now employed at TLG, at a New Wine event two years ago and she told me even more about the charity which inspired me even further. Flash forward two years and I saw the role advertised and knew I had to play my part.

Black History Month is for all people. It’s not just a celebration for black people, it’s for all of us to enjoy and celebrate and engage in it.

We’ll come back to Homegrown Heroes in a second, but first thinking worldwide – who would you name as one of your heroes and why?

Michelle Obama. She is not British, contrary to my answer above, but she is my hero because of where she has come from and who she has become. She was not just Barack Obama’s wife, but she was so much more than that, she is an incredible lawyer, communicator and world leader. As a black woman she has faced huge challenges, but she has pushed past them all and is still standing strong and paving the path for black women.

My other heroes are the Black British women who came to the UK during Windrush. They were the matriarchs of their homes, who overcame so much to provide for their families. When they arrived, they were unable to get jobs or housing, but yet they figured out ways to get a house, raise their children and look after their families. On top of all that, they were also pioneers in other ways. Like Claudia Jones who was a pioneering journalist and political activist; she started the West Indian Gazette and co-founded the Notting Hill Carnival.

If you would recommend one book, TV show or film for Black History Month, what would it be and why?

Books I’d recommend are 'We Need to Talk About Race' by Ben Lindsay, 'Why I’m No Longer Talking to White People About Race' by Reni Eddo-Lodge and 'Natives: Race and Class in the Ruins of Empire' by Akala.

On TV I'd say just try watching black TV shows. Netflix has so many Black British shows that highlight the difference and variety within Black British culture. Watch as many as you can, especially if you live in an area where there are not many Black people. Examples at the moment on Netflix include A 'Journey of an African Colony', 'Desmond’s' and 'Undercover'.

Who would you like to nominate as your Homegrown Hero?

Deborah Barnett (TLG’s Education Policy Lead). She was a PSHE teacher at my secondary school. She was never actually the teacher for any of my classes, but we built a strong connection regardless. I remember her helping me with my first CV in Year 10. I wrote in it that I am a ‘workaholic’ and she told me that wasn’t a good thing to put down!

Why have you nominated her? What impact has she had on you?

I have nominated her because she has overcome a lot of barriers that a lot of black women face – especially within the education sector.  She played a role in changing and challenging the narrative of what leadership in education should look like, thus paving the way for more inclusion in education leadership.

She has been an advocate and a voice for Black people (and the voiceless in general) even before her job at TLG. At my school, she would always be one of the main voices on behalf of Black boys in trouble, in particular those whose family did not understand the education system or were not around – she would be the one speaking up for them. Even if she did not teach that student, she would go out of her way to support them and be there for them. It was no surprise to me when I found out she was at TLG, because this is what she has always been doing and comes naturally to her.

Hearing that she was a headteacher at TLG West London was extremely inspiring, especially when you look at statistics regarding the amount of ethnic minority headteachers. On top of all the obstacles she has overcome as a Black British person, she has additionally overcome barriers as a woman - another tier to overcome.

Deborah pushed the boundaries further by looking at how she can change things within the education sector, moving into her role as School Development Manager and Education Policy Lead.

How does Deborah continue to impact you now?

She pushes me. She pushes me to really stand out. She pushes my limits and teaches me I don’t actually have limits. She makes me think ahead and think bigger. If I have a dream of something and I tell her, she’ll reply ‘that’s not big enough, dream bigger’.

If you could say one thing to Deborah, what would it be?

Some people will have their misconceptions and biases, but there are always other people in the room who are on your side and are championing you. These people can be multi-generational, multi-cultural and multi-ethnic. Look out for them! 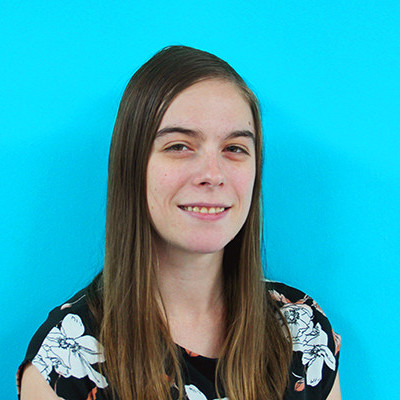 Response to the Spending Review: The Government must commit to keeping the lifeline

‘The Shadow Pandemic’: Domestic Abuse and its Devastating Effects on Families and Children

Tackling the big questions on child poverty: why do we all have a part to play?

Tackling the big questions on child poverty: whose responsibility is it?

Tackling the big questions on child poverty: how do families end up in poverty?