A story of second chances

Jaiden struggled with school, was regularly excluded and constantly battled with his emotions. However, when he was given a chance at one of TLG’s Education Centres he was determined to make the most of it.

In this blog James, Jaiden’s Headteacher during his time with TLG, tells his side of the story. You can read the full story in our Hope and a Future Magazine, landing this weekend.

Jaiden's story is one that so clearly reflects God's character.

It's a story of second chances, of God extending His grace and mercy through His people and of Him opening every single door needed to get His child to the right place.

Jaiden's journey with TLG all started before I even met him. We'd received the paperwork from his referring school and I'd met with one of his teachers. My initial thoughts were that this was a student who would need a lot of investment and we considered if we were able to give him the full support he needed. However, after thinking, praying and discussing with my team, we decided to give him a chance.

At first Jaiden struggled to settle and he almost instantly became quite isolated, but we could also that Jaiden desperately wanted to change and was mostly working well with staff to do so.

In his first term we were able to coach Jaiden on how to deal with conflict better and how to have successful peer relationships. During his second term we began to see him using the strategies we had taught him more and more with the other students. There were some moments during Jaiden's second term where he still struggled. However, I had felt God lead me to John 10:29 for all the students we had at that time, where Jesus says: "My Father, who has given them to me, is greater than all; no one can snatch them out of my Father’s hand." I felt strongly that God had given Jaiden to us for this season and that He had planned for us to keep journeying with him right until the natural end of his placement, however bleak things looked at any given moment. We trusted that Jaiden was His child, and so He would make a way.

During his second term, Jaiden chose to join our annual TLG Faith Residential, open to students from all 13 TLG Education Centres. It gives students the chance to explore faith and the big questions of life, have new experiences through adventure sports and meet other students. Jaiden came back asking lots of questions about faith and with more knowledge about it. It was also a joy to hear that Jaiden had loved the trip and started to build friendships with some other students there, who he still keeps in touch with online. This chance to apply his freshly-developed relationship skills with new people showed us again how far he had come. All he needed now was the chance to be around different students at TLG who didn't remember the person he used to be before he started to change.

In his third term, when lots of the other students had moved on to their next step in their education, Jaiden had that opportunity for a fresh start with new young people. Rather than falling back into old habits, he took that opportunity with both hands. We noticed him being warm and welcoming to newcomers, not just fitting in with our culture but leading by example. We saw him often laughing and joking with other students, not only getting on and being civil but actually making friends and genuinely connecting with them. Conflict situations happened much less often and when they did he usually dealt with them in a healthy way. It was like he was a totally different person; a vibrant, positive young man almost unrecognizable from the boy we first met only a few months ago, who had looked like he had the weight of the world on his shoulders.

Jaiden's consistently excellent behaviour showed us he was ready to move on, but the final challenge was helping him get accepted into a new school. The place we'd identified quite early on as the best school for him initially said no. However, after lots of prayer and a report I wrote with convincing evidence of how he'd changed at TLG, they too agreed to give him a chance  and he's doing very well! We don't know what will happen next, but Jaiden is certainly back on track with so much more hope for a brighter future.

He's an awesome young man who Jesus has more than started a good work in (Philippians 1:6). Please join with me in praying He will see it through to completion, and that Jaiden will keep on this path that leads to good things.

We would love to hear your thoughts on our latest edition of a Hope and a Future magazine. Please click here to complete a short survey and let us know what you think.  If you haven't yet received your copy, click here to request one. 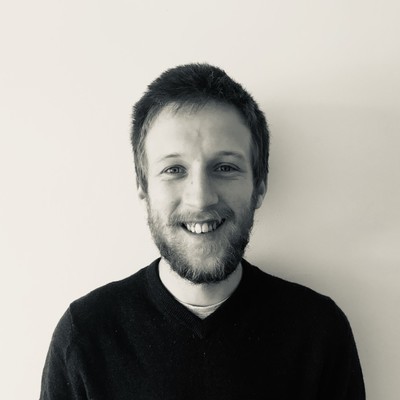 James is the Headteacher at one of TLG's Education Centres. He is married with 2 young children aged 1 and 2. He began his teaching career as a primary school teacher in Stoke-on-Trent and has been at TLG since 2016

TLG’s statement on this year’s results