Connect > Blog > The anchor in a dizzying world

The anchor in a dizzying world

A friend of mine, who is a professional ballet dancer, once told me the only way to keep your stability when spinning pirouettes is to keep your eyes fixed on one steady point as long as you can, and quickly turn your head and refocus on the same point. She also told me it’s how to stop yourself getting overwhelmed by the number of people watching you from the audience. The pressure to succeed, to get it right and not to fail is lessened when you are fixed on one point, not on the many faces in the crowd.

To me, the same principle can be applied to hope. Hope is an anchor- a fixed point.  It is the confident expectation that something good will happen, an internal decision not to get swept up by the spinning action of life’s destabilizing motion or the many faces that are watching our lives, and to keep our gaze transfixed on something or someone that offers us stability.

Many young people are struggling to find that fixed point in a world that is constantly moving the goal posts and in a society where the audience watching our lives now consists of thousands who follow at the click of a button. The pressure to conform, to fit in, to live a life worthy of its audience is immense and the effects are dangerous- especially when so many young people lack even the fixed point of a safe home life or stable parents.

I have come across so many young people whose internal narrative is one of hopelessness.

The lack of a fixed focal point, something or someone to help steady them means they begin to believe they are ‘less than’- they wonder ‘what’s the point of trying because I’m only going to fail’, they believe that their past mistakes determine their future and that no matter how hard they work, they will always fall short of an unattainable standard. The lack of hope, the lack of an anchor means there is a generation of young people pirouetting out of control and many are falling flat, when it should be their time to shine.

And this is where I see the local church come into its own.

We, as the people of God have a fixed point, an anchor for our soul, a confident hope in a better future. We have a plan and a purpose that brings an unfailing stability in an unstable world, and all this is found in the person of Jesus Christ.

Jeremiah 29:11 tells us that God has a plan and a purpose for our lives- a plan that will do us good, not harm and will give us a hope and a future.

Our churches can be places where this scripture isn’t just written on the walls or printed on cute postcards. Our churches are, should be and could be places where this scripture is lived out- where it’s found in the very essence of the atmosphere and permeates throughout the culture.  Hope is found in the songs that are sung, in the words that youth leaders and spiritual parents speak over the younger generation.  It’s found in the encouraging arm around a young person’s shoulder, or in the coffee shop where words of wisdom and strength are imparted into young souls, providing a fixed point in a spinning world.  It’s found in the prayers prayed for those who are hopeless and the practical support provided for those who need it. It’s found in the finances spent to embrace and validate a younger culture- building skateparks, running youth groups; meeting young people where they are at, not where you think they should be.

In a world that is spinning out of control without a fixed point to steady it, it is the Church of Jesus Christ that can stand firm and speak of a future worth living, who can signpost a generation to a God who is never changing, always loving and can provide a message of hope to the hopeless- because once upon a time we were hopeless too.

This article was originally published in our inspirational Hope and a Future Magazine. Join thousands of others and sign up to receive our FREE magazine here! 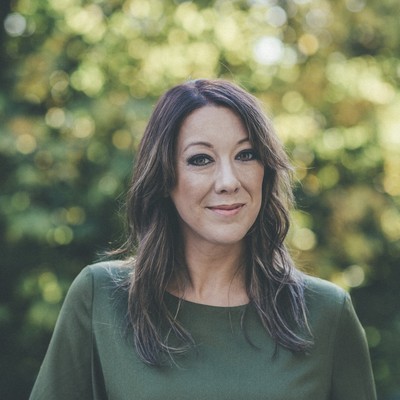 Arianna Walker is an international speaker, author and the CEO of Mercy UK – a Christian charity committed to educating leaders, equipping individuals and empowering churches.

Boxes of Hope - why families need our support more than ever

A story of second chances

A new year message especially for you

A documentary that inspired Make Lunch