“It isn’t fair” - Rachael’s fundraising story as she prepares to walk 13 miles!

Rachael is one of those interns!

Over the past nine months of her internship, Rachael has been helping to develop church connections within TLG, as well as supporting our Volunteer Programmes team. For Rachael, this year is a placement year out of studying Management at the University of Leeds, where she’ll be heading back to finish her degree next year. Rachael loves watching movies and getting stuck into a good book. Due to a close friend’s enthusiasm for walking, she’s also been dragged on a couple of hikes over the past few years in the Yorkshire Dales. Although hiking isn’t her strong point, Rachael has discovered an enjoyment for walking for a couple of hours when she has time in her day – but never as far as 13 miles. So why start now? We asked Rachael to find out more…

“It wasn't fair. That’s what I thought about having to put up with those kids in my class who couldn’t sit still. I used to complain so much about my teachers not sending them out of class and not having enough nerve to give them consequences or just get them to do their work. It wasn't fair.

This year I’ve had the privilege of working at TLG (Transforming Lives for Good), an incredible charity working to bring hope and a future to struggling children across the UK. I've heard so many amazing stories of transformation and seen the impact TLG has had in children and families’ lives.

TLG has taught me a lot. I never really thought about those children in my class. I didn't think about the fact that some of those kids didn't know where their next meal was coming from, that some of them were faced with abuse and neglect when they went home. I didn’t really think about their broken families, their disadvantaged upbringings, their poverty or their SENs. I didn’t realise what it meant for them. I didn’t realise that it wasn’t fair. That’s why I’m taking part in this challenge – because when it's not fair, TLG, through the local church, steps in.”

Now, more than ever, we are becoming aware that Covid-19 is having the greatest impact on vulnerable families in areas of deprivation. Yet even in a national lockdown, there is hope. These families are being seen and supported by TLG through the local church stepping in. Click here to follow Rachael’s progress on the 28th and 29th of July and don't forget to sponsor the team! 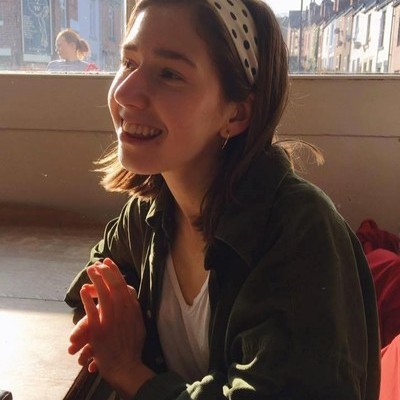 Jasmine graduated from The University of Sheffield in the summer of 2019, and has been working for TLG since. She's worked within the Volunteer Programmes and Supporter Relations teams, and is now serving TLG within Comms and Influence. A lover of the outdoors and cooking, she is passionate about seeing the local church in action to support the most vulnerable in society.